Intervertebral disc disease is a common condition characterized by the breakdown (degeneration) of one or more of the discs that separate the bones of the spine (vertebrae), causing pain in the back or neck and frequently in the legs and arms. The intervertebral discs provide cushioning between vertebrae and absorb pressure put on the spine.

While the discs in the lower (lumbar) region of the spine are most often affected in intervertebral disc disease, any part of the spine can have disc degeneration. Depending on the location of the affected disc or discs, intervertebral disc disease can cause periodic or chronic pain in the back or neck. Pain is often worse when sitting, bending, twisting, or lifting objects.

Degenerated discs are prone to out-pouching (herniation); the protruding disc can press against one of the spinal nerves that run from the spinal cord to the rest of the body. This pressure causes pain, weakness, and numbness in the back and legs. Herniated discs often cause nerve pain called sciatica that travels along the sciatic nerve, which runs from the lower back down the length of each leg.

As a disc degenerates, small bony outgrowths (bone spurs) may form at the edges of the affected vertebrae. These bone spurs may pinch (compress) the spinal nerves, leading to weakness or numbness in the arms or legs. If the bone spurs compress the spinal cord, affected individuals can develop problems with walking and bladder and bowel control. Over time, a degenerating disc may break down completely and leave no space between vertebrae, which can result in impaired movement, pain, and nerve damage.

Intervertebral disc disease is estimated to affect about 5 percent of the population in developed countries each year. Most individuals experience disc degeneration as they age; however, the severity of the degeneration and the pain associated with it varies.

Intervertebral disc disease results from a combination of genetic and environmental factors. Some of these factors have been identified, but many remain unknown. Researchers have identified variations in several genes that may influence the risk of developing intervertebral disc disease. The most commonly associated genes provide instructions for producing proteins called collagens. Collagens are a family of proteins that strengthen and support connective tissues, such as skin, bone, cartilage, tendons, and ligaments. Collagens form a network of fibers that create structure and stability within the intervertebral discs. Specific variations in several collagen genes seem to affect the risk of developing intervertebral disc disease by impairing the ability of collagens to interact with each other, decreasing the stability of the disc and leading to its degeneration.
Normal variations in genes related to the body’s immune function are also associated with an increased risk of developing intervertebral disc disease. These genes play a role in triggering an immune response when the body detects a foreign invader such as a virus. It is thought that these gene variants can lead to an immune response that results in inflammation and water loss (dehydration) of the discs, which causes their degeneration.

Other Names for This Condition

From the National Library of Medicine

END_OF_DOCUMENT_TOKEN_TO_BE_REPLACED 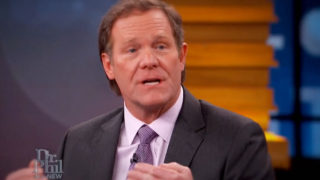 The Spine Practice is located at one of the largest not-for-profit hospitals in the Western US. All of our physicians hold titles as Directors or Associate Directors at the Spine Institute. END_OF_DOCUMENT_TOKEN_TO_BE_REPLACED