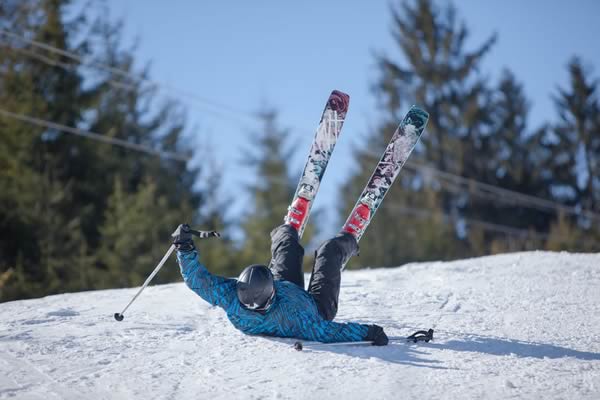 With the growth of the X Games, winter “extreme” sports like freestyle skiing and snowboarding are as popular as ever. These sports send athletes far into the air and down the slopes and ramps at tremendous speeds. Injuries, especially concussions and other traumatic brain injuries (TBI), unfortunately, can occur.

January is National Winter Sports TBI Awareness Month. Knowing just how common these injuries are in winter sports can help us take steps to prevent some of these brain injuries.

Extreme sports injuries to the head and neck

A study by Vinay K Sharma and colleagues recently published in the Orthopaedic Journal of Sports Medicine looked at the incidence of head and neck injuries in seven extreme sports – snowboarding, snow skiing, snowmobiling, surfing, skateboarding, mountain biking and motocross. The study is helpful to provide injury data, as these sports often lack the ability for organizing bodies to track participants. Plus this study allows us to compare rates of concussions in winter sports like skiing and snowboarding to the risks in warm-weather activities.

The study’s findings are summarized below:

While the data might seem frightening, there are some steps that might decrease your chance of suffering traumatic brain injuries in winter sports:

END_OF_DOCUMENT_TOKEN_TO_BE_REPLACED

The Spine Practice is located at one of the largest not-for-profit hospitals in the Western US. All of our physicians hold titles as Directors or Associate Directors at the Spine Institute. END_OF_DOCUMENT_TOKEN_TO_BE_REPLACED